When two dear friends got rolls of filo pastry from Paris, I couldn’t wait to use them. The first thing that came to my mind was a pie. I love the criss-cross of pies, and almost anything which has flour, butter and meat in them.
But there were some major challenges on the way. One, I was to go on a vacation the next day, hence didn’t want to shop for anything and unnecessarily stock up the fridge. And two, I didn’t have an oven. Not even a microwave one. 😅😅😅

To address the first challenge, I opened the fridge to figure out what all I needed to finish before I go off to the week long vacation and can be converted to a pie filling, albeit some stretched imagination. Amongst the tyangra maach er jhol, chingri malaikari and some Kosha mangsho, the choice was pretty clear. It had to be the Kosha Mangsho. But the second hurdle was a little more tricky. It has literally been more than a decade that I had attempted to bake something on the stove top, but well, the thought of a luscious pie was too hard to ignore. Also, the only Baking I had ever done on a stove top was cakes. So I tried raiding YouTube for a few handy videos. Unfortunately, couldn’t find any stove top baking videos for pies. So I crossed my fingers and hoped that the mechanism that works for a cake, should logically work for a pie too.

So out came the biggest thick bottomed pan I had at my disposal and some metal skewers to create height between the pan and the pie tin. A thick layer was salt was duly put at the bottom of the pan and with a heavy lid, put on flame for some much-needed pre-heating. The Kosha mangsho, after being scraped off of the excess jhol, was shredded by two over-zealous forks. The first sheet of filo was rolled out in the well-greased pie tin, with some quick fork pokes, lest bubbles form in the bottom sheet. And into the makeshift pan oven it went. 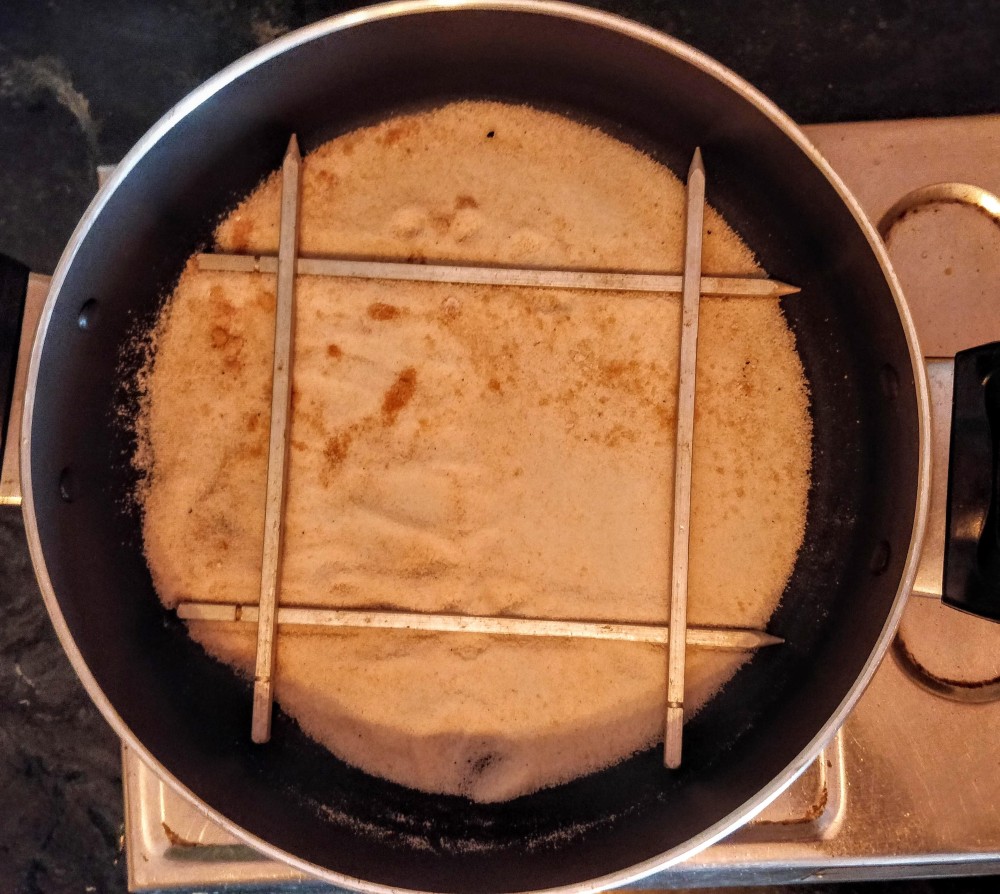 A few minutes later, when the pastry was few shades darker, it was taken out and filled with the shredded mutton. Some generous dollops of feta cheese where put on top to add some creaminess to the robust meat. And a decent amount of rosemary was added too. Then came my favourite bit. Cutting the strips of the pastry to form the criss-cross, the pattern which defines a pie in my head. A not so fancy bow was added to a corner too and was finished off with some egg wash. And once again into the heat chamber it went.

The next thirty minutes went about with me being stupid and removing the lid several times. The lost heat slowing down the baking, but essential to appease my impatience and curiousity. And then finally, as I thought the pastry had browned amply, out it came. Removing the outer ring of the pie tin was easier than what I had imagined it would be, thanks to me not forgetting to grease the tin well!

And ta-daaa!
The final product was there, holding it’s shape firmly and gracefully.
Cut into 4 huge triangles, the entire pie was gobbled up by two hungry souls, in a matter of minutes.
Product of one of our most satisfying cooks, this Kosha Mangsho Pie was proof that when there’s a will, there’s a way! 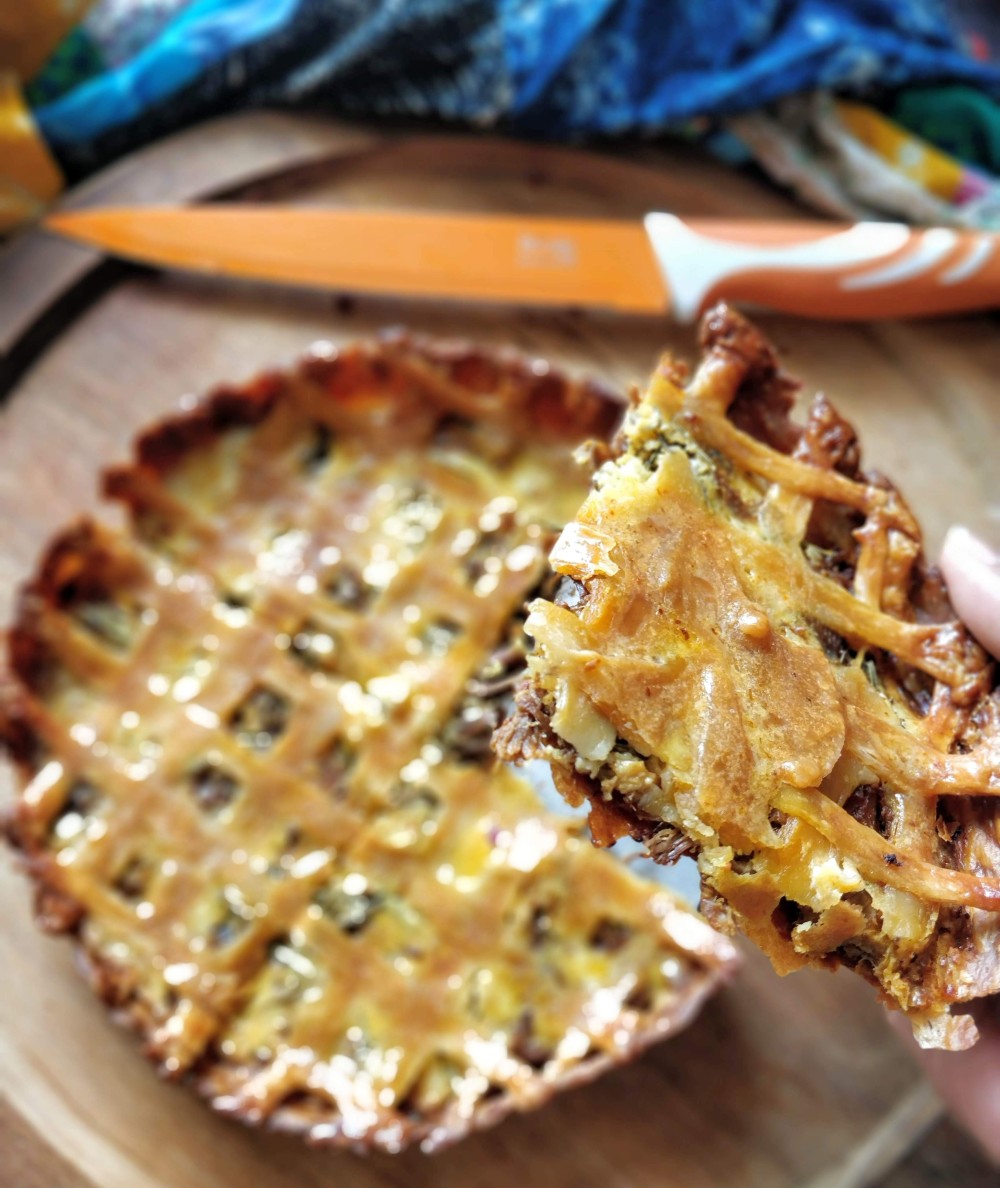