My stories of my Sri Lankan gastronomical experiences would have remained incomplete if it did not encompass what all I drank in this beautiful island country. The southern neighbours of ours take swigs of drinks which though very familiar, are definitely different in ways, from what we sip on.

Bright orange in colour and almost twice the size, the king coconut is royal cousin of the regular coconut. With it’s unbelievably sweet water, this instantly became a favourite of mine. Had this while walking through the streets, while gazing into the sea, while having a hearty meal, and even before going off to sleep☺️ 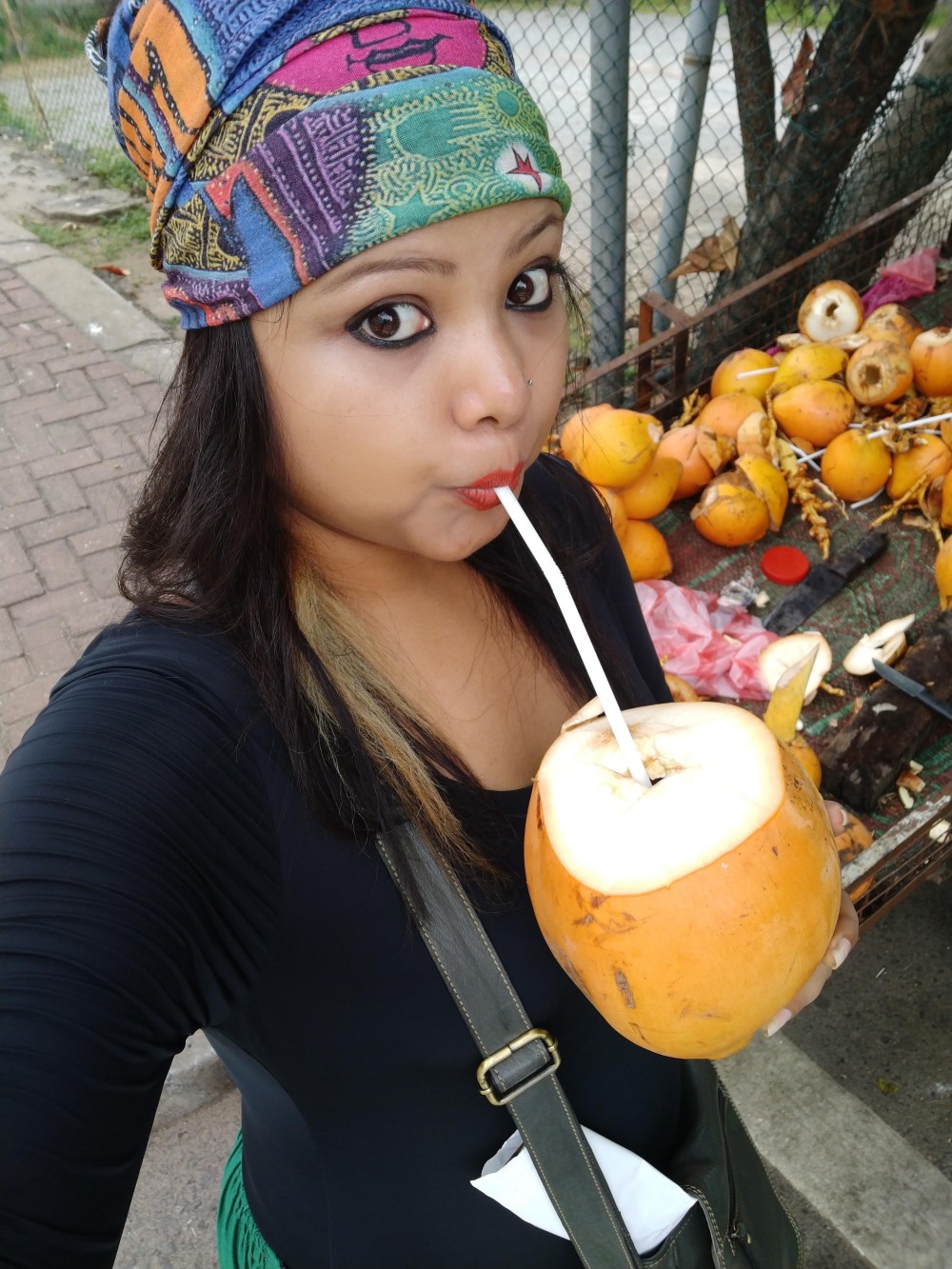 The omnipresent posters of EGB made me very curious about what it is. And soon I found out that it was Elephant Ginger Beer. Most small shops had a small crowd of people, young and old alike, happily drinking the EGB, at any time of the day. It is almost a replacement for aerated cold drinks for a lot of Lankans. Finally when I had my first EGB, I totally understood the reason for the fad. Pretty similar to a ginger ale, but not as soda-like, and with a bigger punch of the ginger, the Ginger Beer was definitely a great revelation! 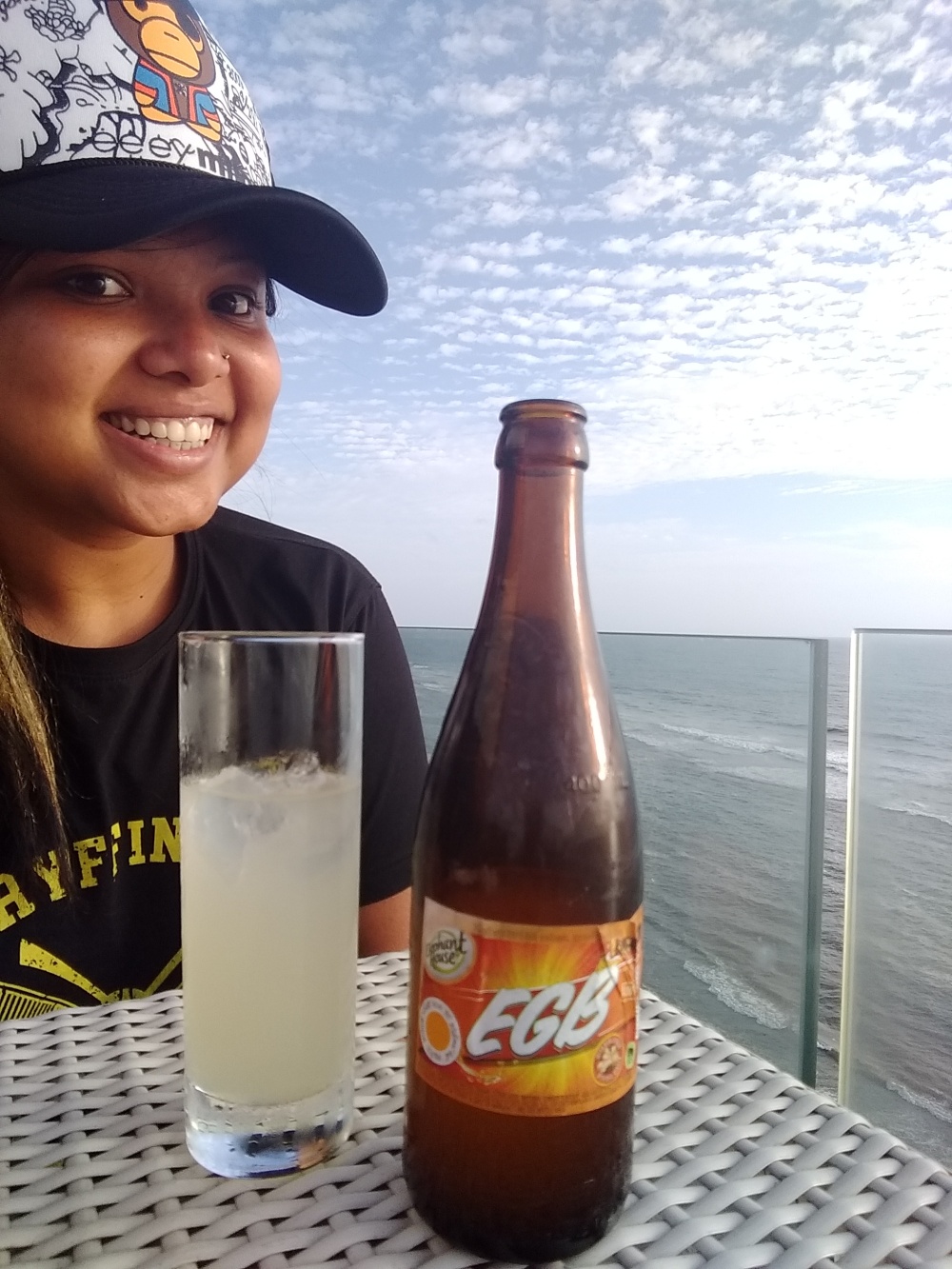 Well, unlike the EGB, this is a real beer. Every shack in every beach of Sri Lanka serves the Lion Beer and has takers queueing for it. I am not a big fan of beer, but did take a drink. And I have to admit that it does complement the sun, sand and sea in a beautiful, inexplicable way. 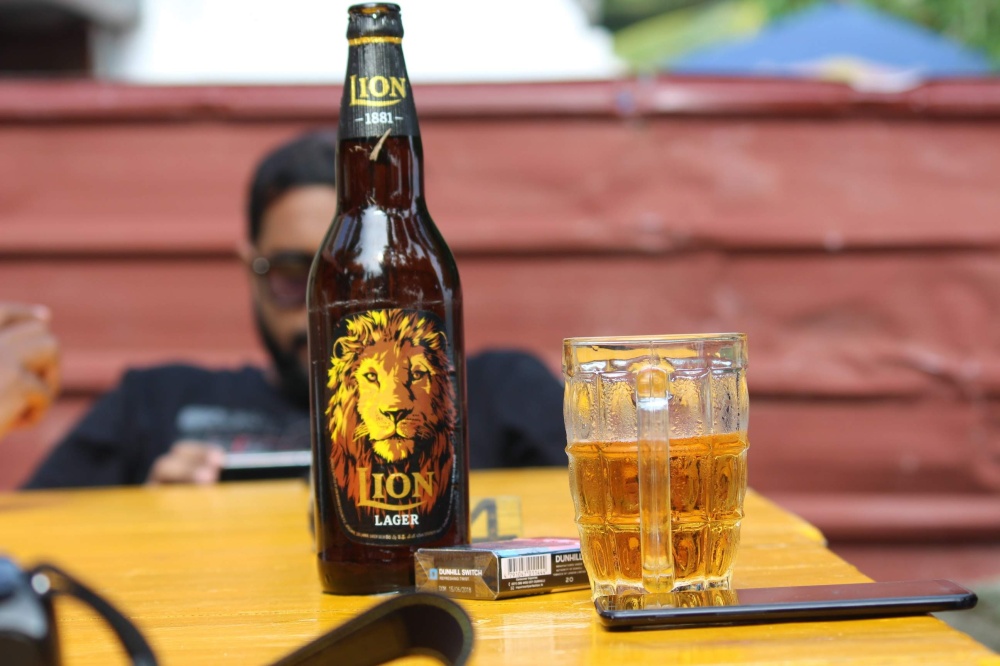 Lanka is known for its tea. I somehow missed out on having any tea, except for the regular teas at the hotel room, for the first few days of my trip. However, I got my first chance to have their milk tea in a pitstop on our road trip around the island. The beverage looked very tame indeed, but as I had my first sip, I reeled in a sugar shock. As a person who prefers tea without any sugar, I couldn’t venture beyond that first sip.

However, on a lazy evening by the sea, at Mirissa, rather than having yet another alcoholic drink, I decided to have ceylon tea to go with my sandwiches and mentioned thrice to the server that I want no sugar. The hot pot of tea which came to me, was deep and comforting. 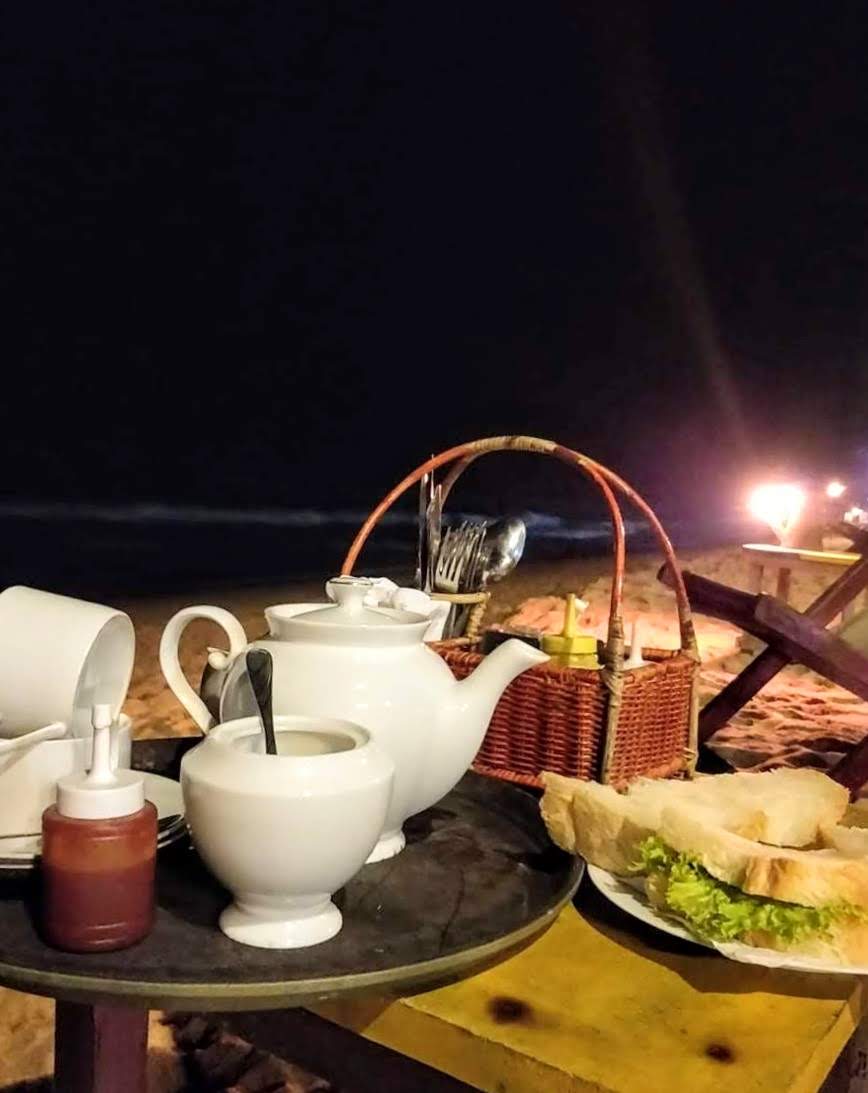 If you liked this, you may also like to know what all I ate at Sri Lanka, so read up😎🙂.